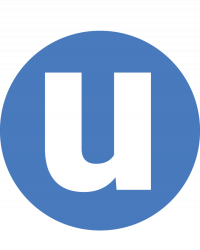 Upstream USA is a fast-growing, national nonprofit working to expand opportunity by reducing unplanned pregnancy across the U.S. Upstream partners with states to provide training and technical assistance to health centers, increasing equitable access to the full range of contraceptive options. Our transformative approach empowers patients to decide when and if they want to become pregnant, a critical step towards improving outcomes for parents and children.

Upstream is growing rapidly and is on track to achieve nationwide impact. After launching our first statewide initiative in Delaware in 2014, we have since launched projects in Washington state, Massachusetts, North Carolina and Rhode Island. By 2023, Upstream will have partnered with health centers that serve over one million women of reproductive age annually across these states.

Upstream is funded primarily through philanthropic individuals and foundations, and does not accept funding from pharmaceutical companies. Upstream’s budget has grown from $1.7 million just four years ago to approximately $51 million in 2021. Upstream’s work has also garnered attention from many leading publications including The New York Times, Washington Post, The Atlantic, CNN, Vox, Forbes, and Marie Claire.

Email me jobs from Upstream USA