How Powerful are Cover Letters in Your Nonprofit Job Search? 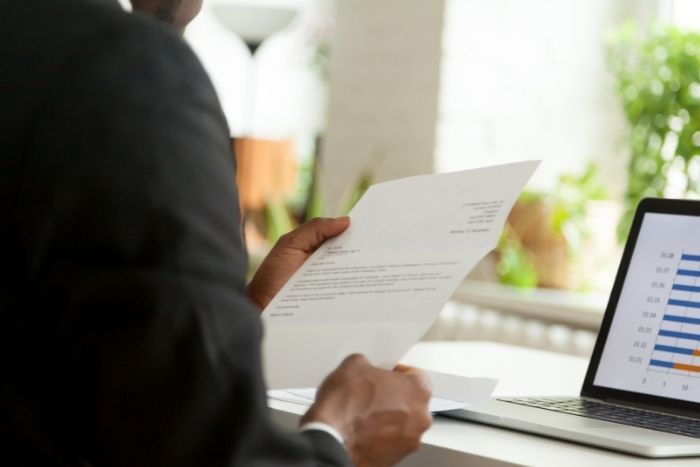 Despite gaining popularity in the second half of the 20th century, we know cover letters have been around for hundreds of years. According to The Atlantic, legend has it that the Renaissance artist (and lesser-known inventor, architect, and scientist) Leonardo da Vinci created the first CV when he applied for a job from the Duke of Milan.

In the 1930s, the term “cover letter” started to pop up in newspapers, with a general idea that this document would precede and help explain data presented or serve as an introduction to another document. In the mid-60s, a New York Times classified ad for an Industrial Paint Chemist at Dutch Boy Paints specifically requested a resume with a cover letter for employment. A decade later, cover letters for employment were commonplace.

While they’ve evolved in the decades that followed, their usefulness has been debated in certain industries. However, this document can still be a vital tool for those applying for a role in the nonprofit sector.

Kathleen Yazbak, Founder and President of Viewcrest Advisors, an executive search firm for organizations that deliver ambitious social outcomes, says, “If a leader’s resume includes relevant experience, my next step is to spend time reviewing the cover letter. How thoughtful and tailored is it? This is the leader’s opportunity to provide a voice-over to the “why” and “how,” given so much of a resume is fact-based.”

What to Include in Your Cover Letter

Beyond the basics of creating a customized, well-written, and error-free document, there are several best practices for what to include in a cover letter. It should not be a repetition of your resume. Yazbak advises it should build on and call out highlights and provide context. It’s also the opportunity to speak directly to the audience reading the qualifications.

Your Passion for the Nonprofit Sector and for the Organization’s Mission
First and foremost, express your passion for the field you are applying to and how your skills can translate to the position. Do your homework and make sure you know the mission, vision, and values the organization holds closely. If you have a personal connection to the work you’ll be doing, now is the time to showcase it.

Interest in the Organization’s Work
Show potential employers that you understand the organization’s programs, philosophy, advocacy agenda (if there is one), work, operating model, etc. Share relevant examples from your work, if possible. If you’re switching to the nonprofit sector, share what makes you interested in working for the organization with appropriate volunteer opportunities and other exploratory avenues.

Share Functional Expertise and Content Knowledge that Make You a Good Fit
Do you have a marketing, accounting, or social media management background? Nonprofits typically run a tight ship, so if you excel in other areas and would be willing to use them to advance the mission, be sure to include them in your cover letter. Also, include any volunteer experience that could help demonstrate your abilities. Yazbak shares that “volunteer work, when substantive, is real experience. Use dates to show the length of service and any volunteer leadership opportunities you have had, as well as the results. One caution: these should be in your resume, but build on it in your cover letter.”

Why Put Extra Effort into Your Cover Letter?

It may go without saying, but first impressions matter. Cover letters can serve as an applicant’s first impression and a personal statement to hiring teams responsible for determining who to evaluate further. They provide an avenue for candidates to differentiate themselves from the dozen or hundreds of other applicants by painting a picture of who they are outside of their resume—the person behind the successes and the individual who will be charged with moving the needle within the employer’s organization.

When polled, 86 percent of executives said cover letters are valuable when they are evaluating a candidate’s job worthiness, according to a survey by Office Team, a staffing service.

Another survey, this one by ResumeLab, found that:

Some argue that cover letters are overlooked, or when organizations rely on AI algorithms qualified individuals are missed. However, others say they can mean the difference between a candidate being on the top of the pile or discarded from the job search altogether.

Cover letters are an art, and while they can be cumbersome to create during the job search, they’re absolutely worth the effort when applying in the mission-driven sector. Most of all, a cover letter is a reflection of you, your passions, and qualifications and provides you the opportunity to demonstrate why you—much like your thoughtful letter—are also a worthwhile candidate for the organization’s open role.

Impact Opportunity would like to thank Karen Butterfield for her work in writing this article. Karen is the Founder of KE Butterfield, LLC., a communications firm. And we would like to thank Kathleen Yazbak for her contributions. Kathleen is the Founder and President of Viewcrest Advisors an executive search firm that identifies transformative leaders who build organizations that deliver ambitious social outcomes.