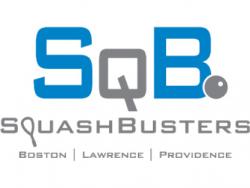 SquashBusters challenges and nurtures urban youth – as students, athletes and citizens – so that they recognize and fulfill their greatest potential in life.

Founded in 1996 by former squash professional Greg Zaff, SquashBusters set out to connect two seemingly different worlds by introducing the sport of squash to young people in urban public schools.

By connecting these worlds, SquashBusters would provide young people with a bridge to college success, broaden their access to opportunities, and improve their health and fitness.

The program was launched with 24 students from Cambridge and Roxbury. For the first seven years, practices took place at the Boston YMCA, the Harvard Club, and Harvard University.

In 2003, SquashBusters partnered with Northeastern University to build a youth center on its campus. The facility allowed SquashBusters to increase its enrollment and introduce a high school component to the program.

In 2012, SquashBusters expanded to Lawrence, using borrowed courts and classrooms at Brooks School and Phillips Academy. In 2017, SquashBusters launched a third program site in Providence, Rhode Island, thanks to a facility partnership with Moses Brown School.

More than twenty years later, SquashBusters has developed a replicable model for changing the lives of young people.

These programs collectively serve 2,500 young people all over the world with the guidance of the Squash and Education Alliance (SEA).

Chief Program and Strategy Officer Featured
About SquashBusters: SquashBusters is a 25-year-old sports-based youth development program that uses a combination of squash, fitness, academic support and enrichment, community service, and mentoring to improve the lives of youth in Boston, Lawrence, and Providence. SquashBusters' mission is to challenge and nurture youth with need in these cities - as students, athletes, and citizens - so that they can recognize and fulfill their greatest potential in life. SquashBusters currently serves 400 middle school, high school and post-secondary students. Middle and High School Students practice at least three days a week throughout the school year and participate in weekend practices, tournaments, and summer opportunities. After high school graduation, students join the Post-Secondary Services Program, and a dedicated staff team supports them in their chosen post-secondary path, and provides career development, internship placement, and employment opportunities. In Boston,...
SquashBusters Boston, MA, USA Full-Time

Email me jobs from SquashBusters